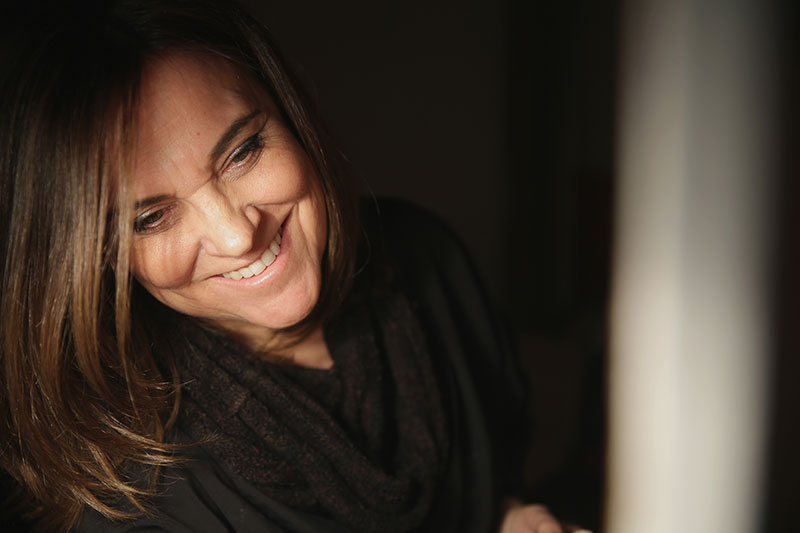 "Life is full of moments and moments of magic, and my job and my desire is to capture them and be able to express on the canvas so that the audience can also participate."

Marissa Calbet was born in Reus, lived her youth in Tarragona and spent the years as a University student in Barcelona. She now lives in Cambrils, where she also has her painting studio.

In spite of being graduated in Law from the University of Barcelona and Master’s degree in Tax Law, her special admiration for Fine Arts became a vital necessity to express her interior creativity on the canvas, and she began to paint in 2005.

Currently, Marissa is an associate of the “Académie Arts-Sciences-Lettres” of Paris, and an artist of the “Société des Artistes Indépendants” in France.

The best Awards she has got are the 1st. Prize—Gold Medal of Painting, in the X Florence Biennale in 2015, twice by the Académie Arts-Sciences-Lettres of Paris for her work and her career path (2012 and 2016), and she won the Second Prize of Painting at the Moya Museum of Young Art Vienna, in the International Contemporary Art Exhibition.

The Institute Ramon Llull (a consortium to promote the Catalan culture), has valued her career and has collaborated in the diffusion of her pictorial work abroad.

Basically self-taught, and with a special focus on oil worked with the spatula, Marissa discovers sailboats hidden in the fog, boats that move to the compass of calm or rough seas, lakes with unique atmosphere, smooth landscapes with many colours and reflections in the water, promenades that invite you to walk along them. Her paintings drive the viewer’s eye into the picture so that they may feel being part of it as if they were immersed… in a subtle melody. Marissa comes to a slow destruction of forms, which find their raison d´êtrê only in an overall view and distance, seemingly expanding at an unattainable infinity. We can see a world that seems to peep out from a light and enveloping brume that the softness of its atmosphere arouses a feeling of inner calm. The viewers are invited to immerse in such an overwhelming dimension, which is at the same time real and symbolic, ideal and imaginary… and, in the end, it wraps around you.